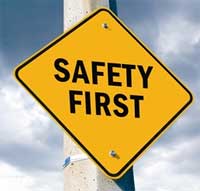 Two bills which fit in nicely with the strengths of pole building construction were introduced in the House recently. They would provide federal financial incentives to strengthen buildings against major storms.

Frank Nutter, president of the Reinsurance Association of America, calls the Rooney/Thompson bill “fiscally and socially responsible because it is focused on prevention in those regions of the country at greatest risk to catastrophic events.”

Brad Kading, president of the Association of Insurers and Reinsurers, said the “best role for the government is to encourage citizens to protect their property against damage from natural catastrophes. One dollar spent today will save four dollars in future repair costs.”

He adds, “The worst role for the government is to subsidize annual insurance costs. The one-time investment in mitigation protects both people and property and prevents unwise incentives that increase risk and put families in harms’ way.”

Pole buildings can easily and affordably be designed to withstand virtually any climactic conditions. Far too often, buildings are allowed to be constructed, “the way we’ve always done them”, rather than having each component and connection undergo a rigorous engineering examination to confirm design criteria are met.

“The Safe Building Codes Incentive Act represents a major positive step toward the goal of properly preparing this country for major natural disasters through the construction of stronger buildings,” says Matt Gannon, assistant vice president of federal affairs for the National Association of Mutual Insurance Companies.