And the Survey Says

July 12, 1976 had Richard Dawson (Corporal Peter Newkirk of Hogan’s Heroes fame) uttering these words, “and the survey says” on the very first Family Feud television game show.  Sadly Mr. Dawson has met his demise, however the show goes on with Steve Harvey as the current host. 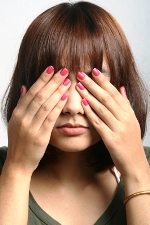 Well, when it comes to placing your new post frame (pole barn) building properly upon your site, a poll of 100 random American adults is probably not going to meet with the requirements of the local Planning and Building Department. Our oldest son Jake went to construct his own post frame garage outside of Maryville, Tennessee Blount County’s only requirement was to meet the setbacks from the property lines. No plans had to be submitted (I believe my readers have heard my opinion on this), no inspections of the building – just don’t build too close to the neighbors.

Apparently the idea is when your structurally under designed building collapses due to snow, or falls over due to wind, it is okay as long as it doesn’t land on your neighbor?

Yes, it was a rhetorical question.

Getting back on task – someone from the county came by after Jake had begun construction. Said person had the idea Jake’s building was too close to his neighbor’s lot (even though Jake told them where the property corners were). 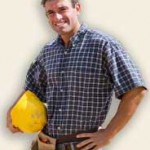 The solution – Jake had to hire a surveyor to come out and properly locate the property corners (they were where Jake said they were) to the satisfaction of the authorities. In the meantime – work ground to a halt waiting upon the official results.

Chris Brinkman, construction supervisor in Minnesota for Lester Building Systems was recently interviewed by Kathy Jonas for Frame Building News. Here is what Chris had to say:

“How important is it to hire a surveyor?

Many times a customer tries to save money on the front end by not hiring a surveyor as part of the site preparation process. I have seen sites where new buildings were built too close to a setback or property lines, which can vary tremendously depending on the particular type of setback and government entity involved. Moving your building site due to setbacks can be very expensive. Calculating the setback is also an area where mistakes are easily made but can be easily avoided.”

Check with your local permit issuing authority to determine, in advance, if a survey of your property is required prior to construction. If you feel there is even a remote possibility of your new post frame building being too close to a setback from the property line, it is far better to be safe than sorry. A few hundred dollars investment into a surveyor is far less expensive than having to move a building.