Bid Jobs: How Do Contractors Blow Budgets and Still Get Paid?

How do Contractors Blow Budgets and Still Get Paid?

Bid jobs are a miracle all in themselves. Usually they begin from an interested party at an organization realizing, “Hey, we need a new building”. 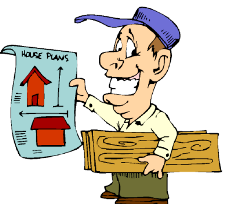 Eventually they will get enough of their cohorts involved to reach a critical mass. One of them will then go forth and (after doing some level of research), obtains some price quotes.

At times, some things tend to be overlooked in the early stages of the process. The most overlooked – between the beginning and the time the project goes out for bid, an architect or engineer will probably be hired. This will generally astronomically increase the complexity of the project. Next most overlooked – if this is a publicly funded building, labor to construct it will probably be governed by the Davis-Bacon Act. This act, dictates prevailing wages and benefits must be paid to laborers who work to assemble the building. This, in itself, can significantly raise the price of the completed project. In many cases, unusual insurance and/or bonding stipulations are required (usually at an architect’s insistence), further bumping up costs.

Assuming all of the previous bid job pitfalls have been survived, the project goes out to bid.

Now reality sets in – as generally the project bids will overrun the initial budget. Often by two or three times budget. Why? Reflect back to the overlooked items above.

The budget either gets bumped up (usually the case, as by now, all are convinced the building has to be built), or the scope of the project is reduced.

And it goes out for bid again…..

I’ve been a general contractor, so I will explain how the results turn out in reality, rather than how they should turn out.

In most cases, the lowest bidder will lose money on the project, exactly as the project is specified in the bid documents.

The answer to this dilemma?  Make darn sure you know exactly what you want in the beginning, and don’t make any changes. 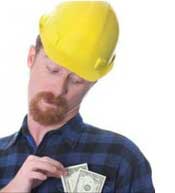 Carefully watch how your money is being spent

After being awarded the bid, the low bidder first does the “OMG – I got the bid”, as they know the lowest bidder has to work like crazy in order to turn a profit.

And how do they turn lemons into lemonade? First, the bid documents are scoured to minimize the cost on every possible item. No stone is left unturned, and if it means a sacrifice in the quality of the finished project, so be it.

The number one way to salvage….Change Orders.

The contractor has been awarded the bid to provide the materials and construct the building. Any changes will be expensive…what is the alternative? Have someone else come in to do some very small portion of the work, or provide an individual item or items? It isn’t happening.

You and your organization have no real practical choice, you have “bought the proverbial farm”.

Change Orders are the low bidders’ salvation; they count on them to guarantee a profitable outcome on any bid jobs.