Long time followers of mine will recall portions of my past life doing pretty well everything related to prefabricated wood trusses.

It all began in April 1977 (before many of you were born) as a Sawyer cutting components at Spokane Truss (now a Builders First Source location). After a short stint there, I was transferred to their sister company, Coeur d’Alene Truss (now Coeur d’Alene Builders Supply), where I spent two plus years literally doing everything other than signing checks and accounting.

This was followed by a year of managing Lucas Plywood & Lumber’s truss operations in Salem, Oregon. Part of a year at Mac Truss Company in McMinnville, Oregon led me to open my own truss plant and lumberyard – M & W Building Supply in Canby, Oregon. After selling it and retiring at age 32, I realized I truly did not want to take up golfing full time, so opened Apex Truss in Spokane.


All told, I spent over two decades playing with, selling, designing, building and delivering trusses. Lots of trusses.

Some discussion will be made here about “allowable defects” in lumber. Wood is an organic material. While produced in a “factory” environment (a sawmill), lumber is subjected to naturally occurring defects accounted for in grading rules. These characteristics are taken into account in strength values for allowable design.

Lumber used in trusses falls into this same discussion. Truss lumber is chosen for strength characteristics, rather than due to “pretty looks”.  If an expectation exists that trusses are fabricated from clear, vertical grain, knot and wane- free lumber, a severe disappointment will occur. Lumber “appearance” is NOT a reason to reject any truss.

Very few individual sticks of lumber are absolutely, perfectly straight. When components for truss are cut, they pass through a set of saw blades, preset to allow for as many as three cuts to be made at each board end. In order for cut angles to be accurate, each board is clamped to straight on a conveyor feed, and after cutting returns to its precut (and not necessarily as straight) shape. This does allow for some variations to occur in finished trusses.

Just how much variation is allowable? 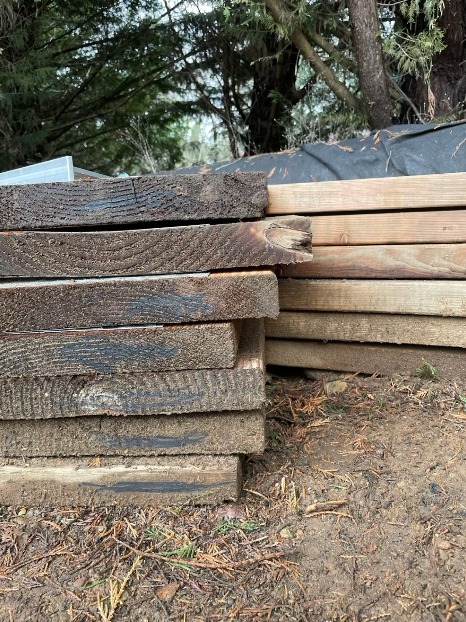 As you know, the best reason for using wood in construction is it is easily cut and shaped and can be very forgiving dimensionally. A limitation is it can shrink, swell, twist, warp and bow. This result is once a component piece is cut, its final shape may change from what was originally intended. This is a fact of life when designing with wood and most construction and manufacturing details allow for some play in final results.

Truss Plate Institute’s ANSI/TPI 1(link is external) is truss industry guidance regarding manufacturing tolerances. For example, Table 3.5-1 allows identical trusses to vary in span by as much as 1/2 inch and in height by as much as 1/4 inch. Variance from design dimensions (shown of sealed truss drawings) is also allowed: 3/4 inch in span and 1/2 inch in height. Complying with erection tolerances specified in SBCA’s BCSI-B1 Summary Sheet is critical to achieving an acceptable roof line.