Home >> Pole Barn Design >> When a Gift Keeps on Giving

When a Gift Keeps on Giving

When a Gift Keeps on Giving

In our last thrilling installment, our client’s builder was looking at a pile of kindling left after a Christmas Eve windstorm collapsed an under construction 80 foot x 240 foot riding arena.

In this instance, our client’s Christmas morning surprise, was a gift to be repeated.

Original building erector had since been replaced, new trusses and other materials had been built and delivered. Project was moving forward. 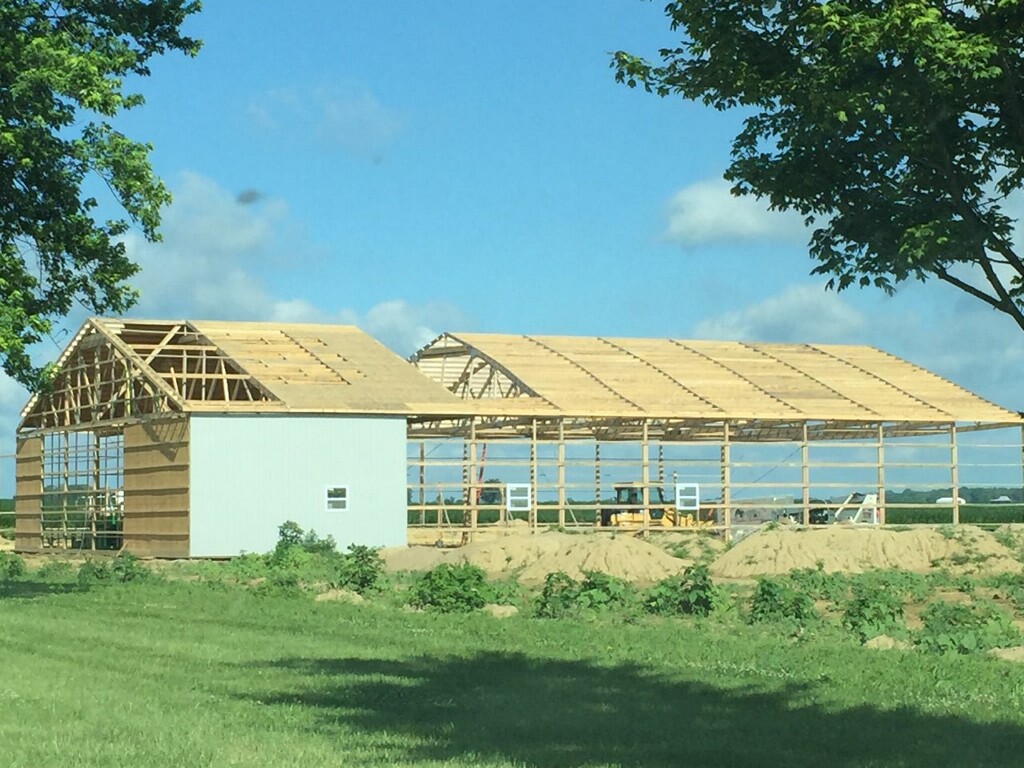 Something mysterious appears to be happening in Bay number four from left end – roof purlins are missing.

Building erector had determined a wall was out of square and removed purlins from this bay, in an attempt to straighten things out. For those of you tuning back in from this building’s prior article, six bays with purlins only have no temporary diagonal braces installed in plane of roof purlins (as detailed in BCSI-B10) and all column bracing has been removed. Note (in photo) top chords of trusses in purlin only areas appear to have a curve between eave and peak.

Once truss chords begin to buckle out of plane, they are difficult, if not impossible, to get back to straight. Rather, they want to continue to buckle, until they result in this: 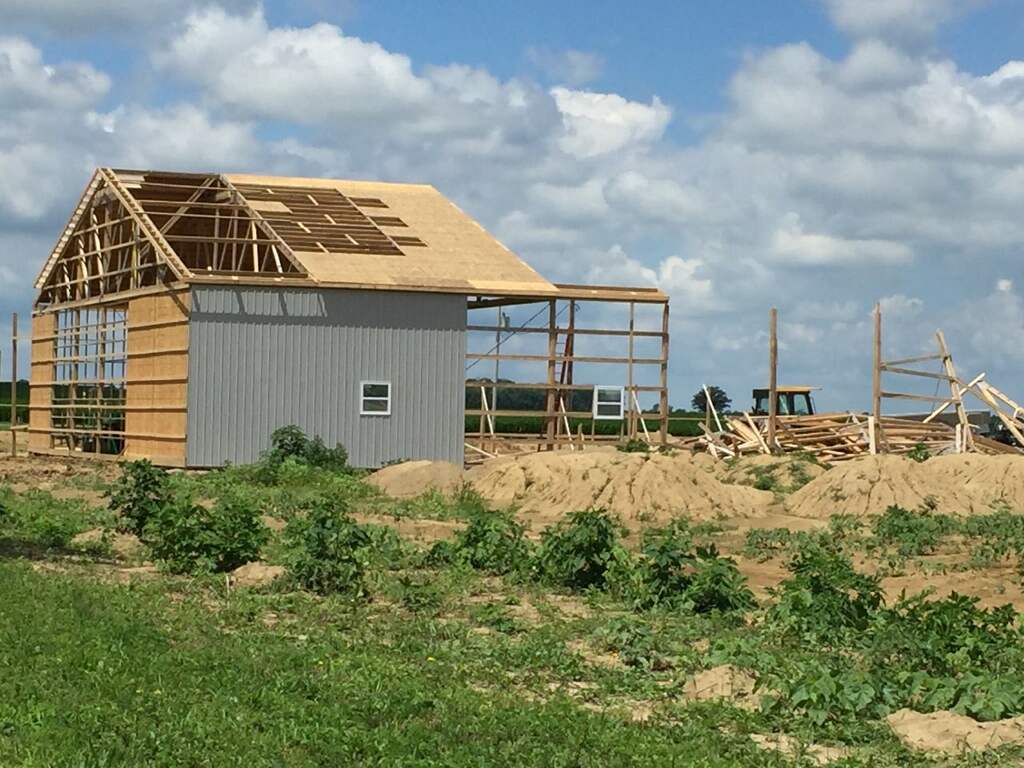 Hindsight tends to make us all see 20-20. Had temporary bracing procedures of BCSI-B10 been followed chances are more than good we would not be looking at this photo. Fully sheathed, those first three bays of roof, would have provided a significantly stiff anchorage for balance of roof – had purlins in bay #4 not been removed.

On a happy note, the third time was a charm, building was successfully completed – without further incident.