Home >> Budget >> Necessity is the Mother of Invention

In 1972’s iconic rock tune by Deep Purple, “Smoke On The Water” we are treated to this lyrical excerpt: “Frank Zappa and the Mothers were at the best place around”. Leading back to 1964, when Frank Zappa took over leadership of American rock band The Soul Giants and changed their name to The Mothers of Invention.

While our true proverb author is unknown, it dates back at least to one of Aesop’s Fables, “The Crow and the Pitcher” from mid 6th century B.C. Plato’s Republic says “our need will be the real creator”  rendered loosely in an 1894 translation as “The true creator is necessity, who is the mother of our invention.”

This connection of mother and necessity is documented in 16th century Latin and in English: William Horman quoted Latin phrase Mater artium necessitas (“The mother of invention is necessity”) in 1519; Roger Ascham said “Necessitie, the inventour of all goodnesse” in 1545. In 1608, George Chapman, in his two-part play The Conspiracy and Tragedy of Charles, Duke of Byron, used a very similar phrase: “The great Mother / Of all productions, grave Necessity.” And this exact phrase is used by Richard Franck in 1658.

Reader JEREMY in SERGEANT BLUFF took necessity into his own inventive hands and wanted to share:

“Dear Pole Barn Guru, In one of your blog posts a reader asked a question about pulling nails from an existing building to replace with screws to stop leaks. I faced this similar situation with a pole shed on my property built in the early 80’s. Here is the solution I came up with so as to pull the nails, (which were clinched over too,) and not dent/damage the steel. I welded a cut off cats paw to an extra long nut that threads on to an OTC slide hammer. A tap or two with claw hammer on cats paw gets it under the nail head, bang it twice with the slide hammer and voila! Not a cheap tool to make, but saves a lot of frustration trying to pull nails with pry bars or vice grips, just thought i would pass it on… thanks” 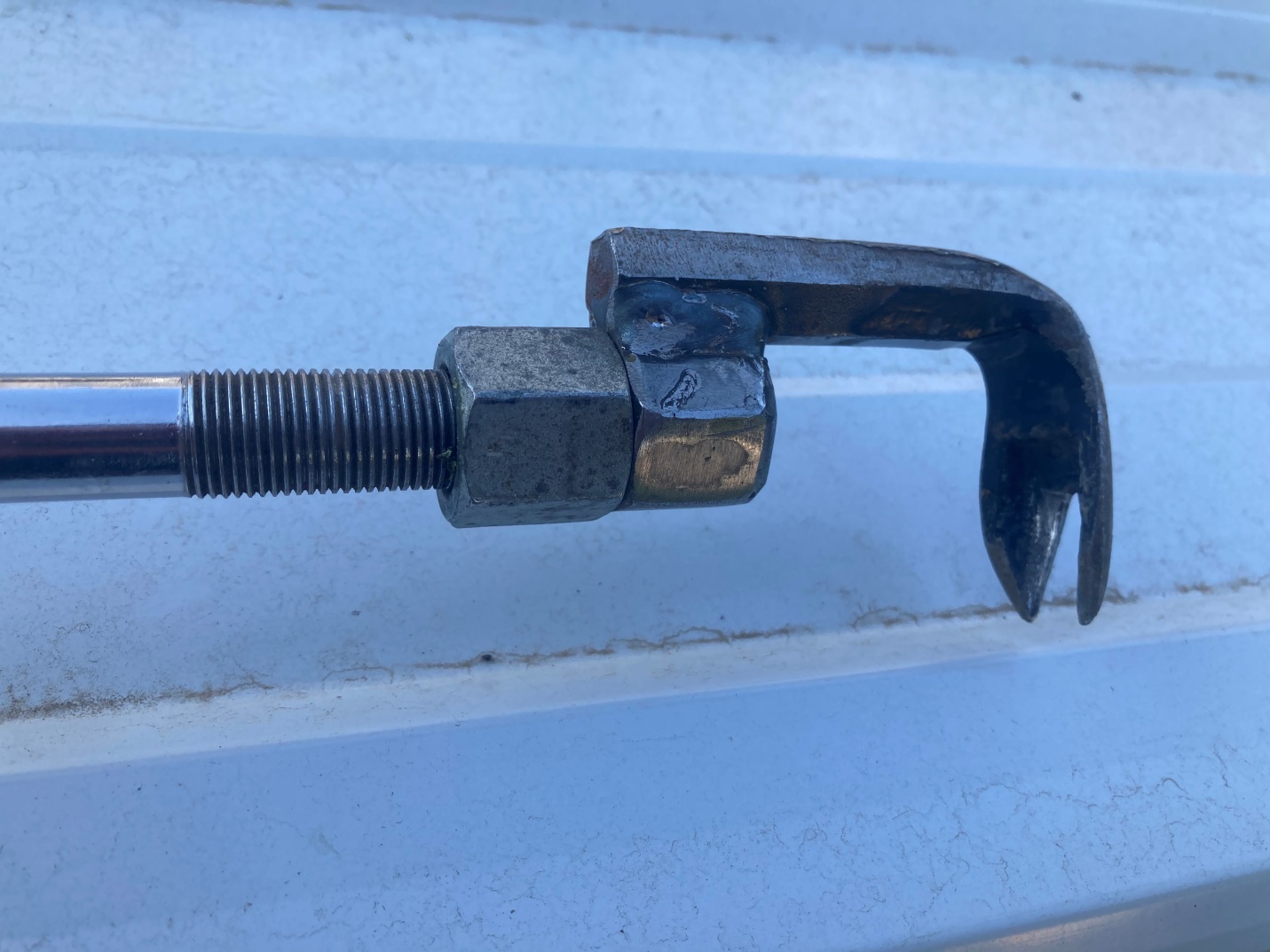 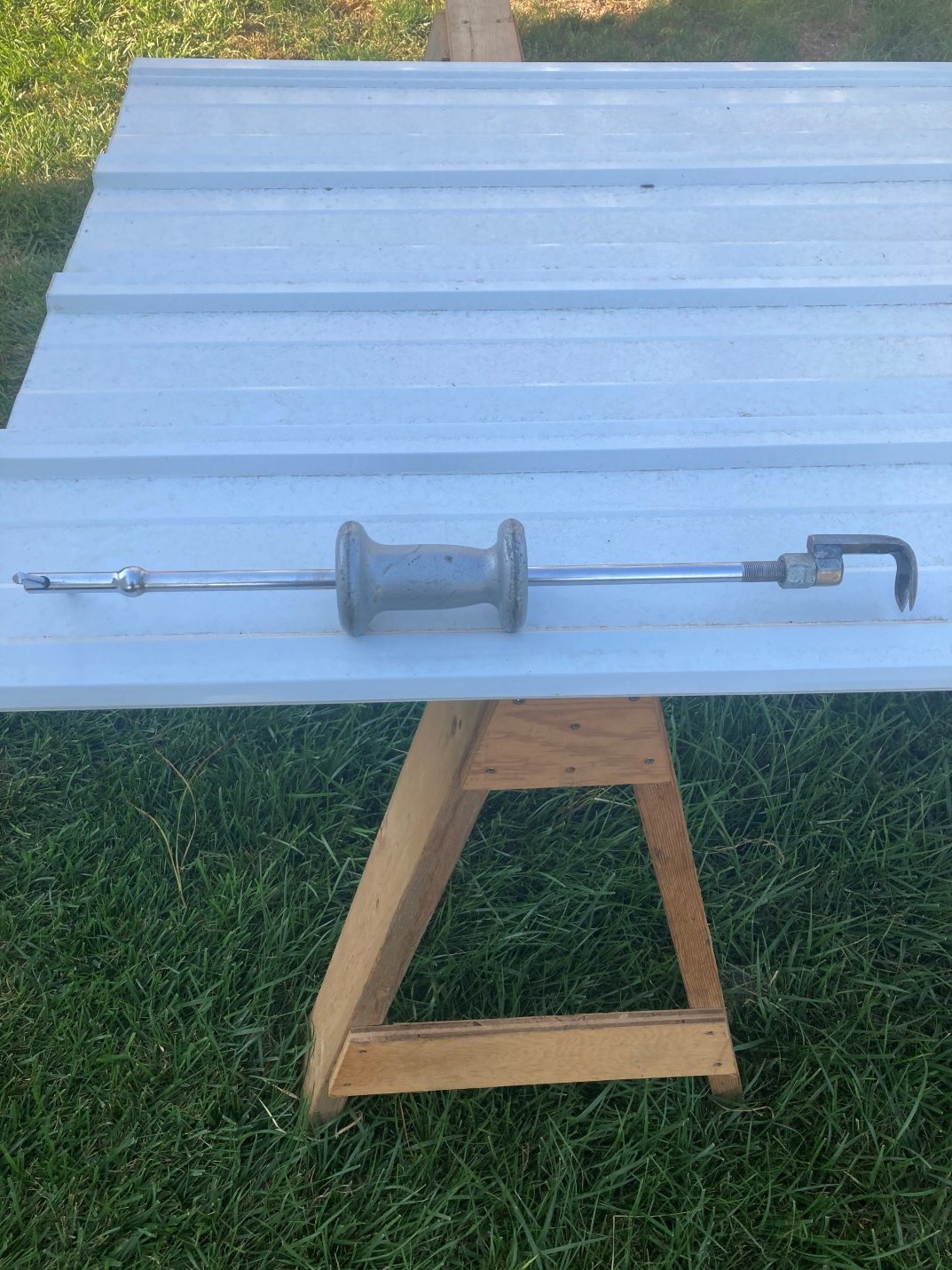