Post frame (pole building) construction is popular due to efficiencies of materials (ability to do more with less) and speed of construction.

Reader RAYMOND in BARLING is trying to find a way to make stick framing cheaper, he writes:

“24×64 pole barn in question. 4 pitch.  I am just comparing the cost of alternate designs.

Using 2×6 rafters with purlins across top for metal. Can I part from the standard 24 OC of rafters and expand to 30 OC (since more support from purlins)?

Furthermore, is it possible to use 30 OC studs all around, instead of poles (since more support from purlins on walls)

I would really appreciate your wisdom.

Your rafters are also going to be unable to support greater roof loads due to purlins being attached.


Building Codes have prescriptive requirements limiting what can and cannot be done with conventional (stud wall) framing, without having to have a fully engineered building. This would include studs and rafters being no greater than 24 inches on center. They also preclude wall heights of over 12 feet (you did not mention any heights however it should be kept in mind). 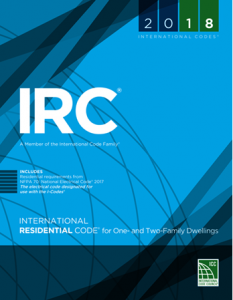 International Residential Code (IRC) Table R8702.4.1(1) provides rafter spans for common lumber species with a roof live load of 20 psf (this happens to be Code minimum whether snow is present or not). Being as you are in Arkansas, we will assume the minimum load as well as no ceiling being attached to rafters. With rafters 24 inches on center your rafters would need to be 2×8 #2 Southern Pine at a minimum. You would also need to provide ceiling joists or rafter ties to resist outward push of rafters on bearing walls. In order to get full value from rafters, ratio of rafter ties measured vertically above the top of stud walls to the height of roof ridge would need to be 1/7.5 or less. At a 4/12 slope ridge height would be 55.64″ meaning rafter ties could be located no more than 7-3/8″ above top of stud wall, so plan on then being at least 20 feet in length. A ridge board must also be provided as well as a collar tie, gusset plate or ridge strap (please refer to IRC R802.4.2).

Stud walls also mean you would need to make provisions for structural headers above any opening in any load bearing exterior wall. With post frame construction openings can be placed between columns in exterior walls, eliminating structural headers (this assumes trusses are placed aligned with wall columns with roof purlins on edge).

For stud wall construction, your concrete slab on grade will need to have an appropriately thickened edge in order to support weight of walls, or a continuous footing and foundation will need to be poured.

Ultimately post frame construction, not stick wall construction, is most probably going to be Raymond’s best route to go when considering investment and ease of construction.

R-50 Insulation?
DEAR POLE BARN GURU: Did I read on this web page t...
Pouring Concrete Against Wall Steel
Reader CHRISTI in INOLA writes: “Is it st...
Post Frame Ramadas
For the uninitiated, here is the definition of ram...