Ever wonder where the whole “Energy Star” thing started from? It seems like it pops up on everything from computers to refrigerators to windows. 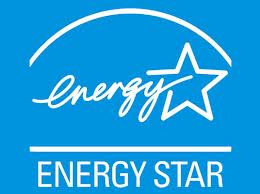 Well, the Energy Star program was started in 1992. It is a voluntary program, which lets manufacturers put an Energy Star label on specific items if they meet certain EPA (Environmental Protection Agency) set efficiency standards.

The program in itself has been a success. Especially amazing for one involving not only the government, but even more astounding the EPA. According to the EPA, since 2000, Americans have bought about 3.8 billion Energy Star-rated products, saving $230 billion in energy costs and preventing 1.7 billion metric tons of greenhouse gas emissions.

Over time, the EPA has tightened its Energy Star standards, as technology has allowed for more efficiency gains without adding much in cost.

But in its zeal for ever greater energy efficiency, the EPA now plans to impose new standards for windows which will add significantly to their price, putting Energy Star-rated windows out of reach of most consumers.

In colder climates, the new standard would likely require expensive triple-paned windows, the industry warns. In an early draft, the EPA admitted it would add an average $20 to Energy Star-rated windows.

While this might not seem like much to Washington bureaucrats, those higher prices will surely scare away cost-conscious consumers, thousands of whom wrote to the agency complaining about the proposed changes.

The Home Depot, which knows something about what consumers will pay for home improvements, explained to the EPA its new standard would, if enforced, “take the Energy Star program from an affordable stretch for our customers to an unaffordable rejection.”

Lowe’s noted it would take several years, if not decades, for consumers to recoup the added costs of those more expensive windows. Lowe’s said it would likely cut its Energy Star offerings if the EPA enforces the new standard.

Either way, the result will be fewer consumers buying Energy Star-rated windows. So, instead of cutting energy use, the EPA’s move will have the opposite effect — making it both bad for consumers and the environment.

Why DIY Clients Do Great Work
Over 50% of all Hansen Pole Buildings kit packages...
DIY Pole Building Piecemealers
Whether a DIYer, or a building contractor, there a...
Fastest Pole Building Ever Constructed
In the early 2000's the worlds fastest pole barn b...