According to Procrastinators Anonymous (www.procrastinaors-anonymous.org), procrastination is the grave in which opportunity is buried.

Round Tuit! On the third day of 2013, among the New Year’s Resolutions of many, are to get a round tuit! Now the round tuit, is actually a fairly recent invention, arriving on the scene at the 1964 World’s Fair in Queens, New York.

Far older is the tradition of making a New Year’s resolution, which dates back to the early Babylonians. The most popular resolution for the up and coming Babylonian?

Judging from some of the clients in our data base, 2013 could very well be the year for taking the plunge, making and keeping the resolution and getting the “round tuit” to get the new pole building, barn, garage or shop building off the back burner, and actually be using it!

Hansen Pole Buildings began in 2002. In an extreme case of procrastination, we have a client who contacts us once a year (since 2002) to get pricing updates on his dream pole building. For us, it is rather like the swallows coming back to San Juan Capistrano. 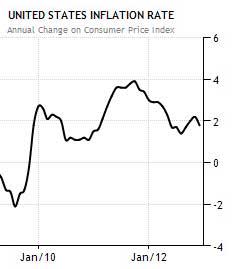 Using the United States PCE Quarterly Inflation Rate (this is the actual measure of inflation, not what gets served to the general populace from the media), the same building would have had a price of $23,570 just 10 years later! If the same client would have borrowed the ten grand in 2002, at 9.9% interest (today, most banks and credit unions will loan at less than one-half of this rate) the loan would have been paid off, and the total payments would have amounted to $15,792. He could have been using his pole building for the past 10 years…

AND been nearly $8,000 ahead. This does not account for the possible savings on income taxes, from mortgage interest deductions.

Sometimes, it just doesn’t pay to squirrel away money to save for the day when the “round tuit” finally arrives!