I continue to be baffled as to why it is pole building owners (and pole barn builders) all too frequently lose all sense of reality when it comes to proper pole barn engineering design.

“I’m adding a loft to a section of our pole barn (which was professionally constructed 10 years ago with 6×6 and 6×8 treated posts rather than round poles).

I am duplicating the design that was used to build a raised loft in another portion of the barn. The problem I am encountering is that there are some 2x12s that are sistered. I can duplicate the nailing pattern of the visible 2×12 but not the ones hidden beneath.

I am spanning two 6x8s with this loft. The other loft spans multiple pairs of 6x8s and runs the length of the barn. The existing loft is supported by blocking bolted to the posts with huge galvanized bolts. The 2×12 floor girts are set upon the blocking and also nailed to the posts. There are FOUR 2x12s in a sandwich forming the girt, from which the 2×12 floor joists are hung, by means of hanger brackets, with TNG plywood on top, with adhesive.

Two of the 2×12 girts are set inside the space between two posts. The other two 2×12 girts are face-nailed on-center to the outside of the posts. In this way, there are FOUR 2x12s sistered into one thick girt.

So here come my questions: 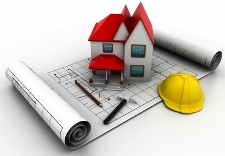 I know that I have to use galvanized fasteners to nail the 2×12 girts to the post. However, do I have to use pole spikes or can I just use common 4″ galvanized nails? Since the floor is primarily supported by the blocking that is bolted to the posts, I don’t have much shear to worry about with these fasteners but do I have to worry about fastener withdrawal to the point that I should use a pole spike with its ringed shank?

In nailing the first of the four 2×12 girts on-center, level, to the two posts, how many nails at each end? And what nailing pattern should I use?

When I look at the existing loft, the visible, outermost 2×12 girt has seven nails at the end of each 2×12 girt where it is nailed on-center to a post, butting the next run of 2×12 girt. The exception to this is at either end of the loft. At either end of the loft, the 2×12 girt is not nailed on-center to the post, but covers the entirety of the 8″ post. At this junction of girt and post, there are three rows of nails. Two rows of nails (3 nails and 4 nails, respectively) over the post and one row of nails (with 4 nails) just to one side of the post.

Of course, this 2×12 girt also has the zigzag nailing pattern running its length.

Now we get to the two 2×12 girts that rest on the blocking and lie BETWEEN the two posts. I imagine the hidden one is sistered to the first face-nailed 2×12 girt with the zigzag nailing pattern. The visible one – the one with the floor joist hanger brackets – this one seems to be sistered to the hidden one via the same nails that attach with the brackets, with one additional nail between each bracket, up at the top of the girt.

If anyone has read this through, you get a purple heart. I know the easy answer is “hire someone to give you these answers” but the funds simply aren’t there. I’ve been through all my construction books and cannot find any examples of post/pole construction where the floor girts are supported by blocking that is bolted to the posts. I also cannot find any examples of floor systems that use FOUR 2x12s sistered to make one girt.

Problem #1 – The IBC (International Building Code) in Table 1607.1 minimum uniformly distributed live loads. Hay storage would be deemed as “light storage” with the requirement of a live load of at least 125 psf (pounds per square foot).

From the 100 psf statement and the look of what has been previously constructed, my guess is, the original “professional” builder just “winged it” in the original design. Hard to imagine an actual registered design professional was ever involved.

The end of each floor joist, at the 100 psf load and with a customary 10 psf dead load (dead loads being the weight of the materials themselves) is transferring a load of approximately 880 pounds. This 880 pound load must be transferred to the four ply 2×12 beams. The members of the beam must be acting together, so adequate fastening must be provided to accomplish this.

While glue is a great product, the chances of a proper installation, of water proof glue, in a non-temperature controlled environment are slim and non-existent. Nails could be used, however the resultant is a whole lot of nails, and unless six inch long nails are being used, the loads will not be distributed equally between the members. Some members will end up with more nail shafts through them, with the resultant being potential overstress to one or more of the members.

A better solution would be to look at either bolts through the entire four ply assembly (resulting in having to drill a lot of holes), or going to a product such as Fastenmaster Ledgerloks. The Ledgerloks have a fairly high load carrying capacity and can be driven without the need of having to drill frequent 11/16” or larger holes through the beam.

It is the four member 2×12 beam which is a concern. With the given 100 psf live load, assuming the lumber is DFL (Douglas Fir-Larch), the beam is overstressed by nearly 10%.

My suggestion – invest in a few hundred dollars to actually hire pole barn engineering to design it right. The investment is small, considering the potential damage, injury or even death which could occur in the event of a failure.

Suitable Base, Insulation, and Building in Flood Z...
This week the Pole Barn Guru addresses questions a...
Kudos to a Planning Department
No, I did not hit my head on anything. My gener...
Building Department Checklist 2019 Part II
BUILDING DEPARTMENT CHECKLIST 2019 PART II Yest...