I first became involved in the post frame (pole) building industry over three decades ago, in the Willamette Valley of Oregon. At the time, many of the region’s pole barn builders were buying the lumber for the pole buildings they were selling to consumers from Withers Lumber in Brooks, Oregon.

The “special” thing about this particular lumber yard is they maintained a tremendous inventory of timbers (4×6, 6×6, etc.) which were treated with a product called pentachlorophenol, or “penta”. 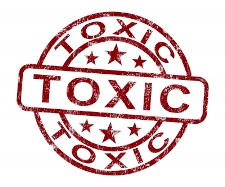 First produced in the 1930’s, penta (aka PCP) is used as a pesticide and also as a disinfectant. PCP is produced by the chlorination of phenol in the presence of a catalyst such as anhydrous aluminum or ferric chloride at temperatures approaching 200 degrees Celsius. Phenol (also known as carbolic acid) was first extracted from coal tar, but today is produced on a large scale using a series of processes which begin with crude oil. Phenol requires careful handling due to its propensity to cause burns.

As a wood preserving agent, raw wood (poles or timbers) are placed in a treating tube, where they are immersed in PCP and subjected to pressure – forcing the chemical into the wood. Utility poles, treated with PCP, have an approximate useable lifespan of 35 years.

Contact with PCP (particularly in the form of vapor) can irritate the skin, eyes, and mouth. Long-term exposure to low levels such as those which occur in the workplace can cause damage to the liver, kidneys, blood, and nervous system. Finally, exposure to PCP is also associated with carcinogenic, renal, and neurological effects. The U.S. EPA (Environmental Protection Agency) classifies PCP in group B2 (probable human carcinogen).

The pole builders (as well as the lumber yards) who were espousing how wonderful penta treated posts were, exposed themselves and their employees to PCP by direct skin contact.

Since the early 1980s, the purchase and use of PCP in the U.S has not been available to the general public. Nowadays most of the PCP used in the U.S is restricted to the treatment of utility poles and railroad ties. In the United States, any drinking water supply with a PCP concentration exceeding one part per billion must be notified by the water supplier to the public. Disposal of PCP and PCP contaminated substances are regulated as hazardous wastes.

This, in itself, is plenty of reason why I would never, ever consider the use of a used penta treated utility pole in any portion of a pole barn.