Home >> Pole Building Comparisons >> Stitch Screws: What do they do?

Stitch Screws: What do they do? 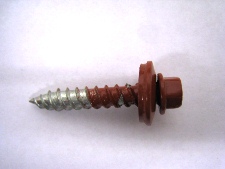 In a nutshell, this is all you need to know about stitch screws: use them to attach metal to metal, no wood underneath necessary.  See you all Monday!

5 thoughts on “Stitch Screws: What do they do?”