Forest Health: Can’t See the Forest for the Trees?

There have been times when I have seen manufacturers of all steel buildings attempt to portray pole buildings as being less than ecologically friendly. The premise being steel is 100% recyclable, while wood somehow is not. Or, by using wood in construction, we are somehow cutting down all of the trees!

Today, forest growth in the United States exceeds harvest by 37%.  More than 730 million acres of forest cover the U.S. – equaling two-thirds of the forested area present when Columbus landed in America.  There is now 28% more standing timber volume in the U.S. than in 1952. 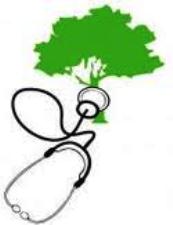 But we DO have problems in our national forest timberlands. The Forest Service does not manage primarily for timber production, but instead (due to a myriad of environmental laws) they focus on the long term health of the land.

As a child, I remember reading stories about the Lewis and Clark Expedition. The intrepid adventurers were able to ride side-by-side through the western forests. In today’s forests, unless they have been ravaged by fire, one would be hard pressed to ride a horse through them at all.

Are national forests “healthy”? First one must understand what “forest health” is, and how it can be measured. Forest health is an imprecise term conveying various concerns people have about a forest’s ability to provide two general types of values: first, values a forest provides through its conditions and functions, and second, values which are contributions of a forest to the quality of human life.

Forest health is a perceived condition derived from concerns about forest age, structure, composition, function, vigor, presence of unusual levels of insects and disease, and resilience to disturbance. Perceptions and interpretations of forest health are influenced by individual and cultural viewpoints, land management objectives, stand conditions, and the appearance of a forest at a point in time.

The density of forests affects productivity. Trees compete for moisture, nutrients, growing space, and light. Too much growing stock means tree vigor will be less than optimal as limited resources for each tree are reduced, slowing growth and increasing mortality. Forest density has increased 40% during the past 50 years. By ownership, national forests are at least 50% denser than any other ownership.

Along with removals, mortality and growth are the major forest change factors. Statistical analyses of data shows denser forests have higher mortality rates. By ownership, national forests have mortality 61% higher than any other ownership.

The idea of sustained-yield forestry means timber harvests in a given year generally should not exceed annual forest growth. As long ago as 1997, the net growth in national forests, reached over five times the amount of timber harvested, with the interior west approaching double again this amount.

So, we have lots of trees, packed in tighter than when Columbus set foot in America, and certainly denser than 50-60 years ago.  What does this all mean to us, both now and into the future?  Come back tomorrow and we’ll dig into the far reaching (and often disastrous) results.

Bookshelf Girts or Stud Walls?
Why Use Bookshelf Girts Rather Than Studs? Long...
Subcontractors for Your Barndominium
Welcome – you are maybe here because you have foll...
Floor Trusses, Plywood Floor, and Post Frame Conve...
This week the Pole Barn Guru answers questions abo...