We all know what Assume Means…

Bob is a builder in Northern California. He made a request for a quote on a building recently, via the Hansen Pole Buildings website. 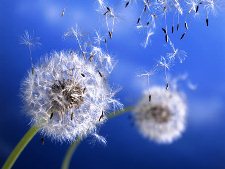 Bob called to discuss the project, which was to have one long sidewall open, so recreational vehicles, tractors and other equipment could be parked. I asked Bob how wide the openings between the sidewall columns would need to be – to which he replied 12’. Quickly doing the math, I suggested he might want to consider 84’ in length, as 12’ evenly divides into 84’. Bob liked that idea.

We discussed wind exposure. I asked Bob, “If you stand in the middle of the building site, with your arms parallel to the ground, and at 90 degrees to each other, and then turned in a circle, would the area between your arms ever be exposed to the wind?”  This would be Exposure C.   The alternative being a site which is protected from the wind on all sides, or Exposure B. Bob advised, once the three walls were up, it would be protected from the wind, because the “local winds never come from the open side”.

Somehow, I just do not think we were communicating.

For once, I listened to the little voice in my head and suggested to Bob that he give me the address of the site and I would call the Building Department to verify the loading requirements. While the building purchaser must ALWAYS confirm the code and loading information with their Building Department prior to placing a building order, I felt an ounce of prevention would be worth a pound of cure in this case.

Now Bob has been a registered contractor in California for over five years, in the area where the building will be constructed. The pleasant lady at the Building Department even guessed who he was, when I gave her the jobsite address. Obviously, he is known, and knows the area.

Well it turns out the design roof snow load was 60 psf, not 100. This will save Bob’s client thousands of dollars. The wind speed requirement is for 85 mph, however the entire county uses C for wind exposure.

There is a moral to all of this. Just because one hires an experienced registered contractor to construct a building, does not mean the contractor necessarily knows or understands the proper design criteria. Having the correct information on loads, saved the building owner thousands of dollars by using the correct snow load, and prevented a possible collapse from using an incorrect (and under designed) wind exposure.