When I think of water and soil, I can’t help but think of the Tower of Suurhusen in Germany.  This one leans even more than the Leaning Tower of Pisa in Italy.  But it’s why it leans which interests me.  Built in 1450, it probably would have never leaned, if not for changing the moisture content of the soil.  It didn’t even start to lean until the nineteenth century, when water was drained from the marshy land around it.  You can read more about it here:

The response of soil to moisture is very important, as the soil must carry the load year-round.  Rain, for example, may transform soil into a plastic state or even into a liquid.  In this state, soil has very little or no load-bearing ability.

Soil moisture content is vital to proper compaction.  Moisture acts as a lubricant within soil, sliding the particles together.  Too little moisture means inadequate compaction – the particles cannot move past each other to achieve density.  Too much moisture leaves water-filled voids and subsequently weakens the load-bearing ability.  The highest density for most soils is at a certain water content for a given compaction effort.  The drier the soil, the more resistant it is to compaction.  In a water-saturated state the voids between particles are partially filled with water, creating an apparent cohesion which binds them together.  This cohesion increases as the particle size decreases (as in clay-type soils). 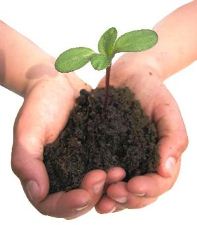 To determine if proper soil compaction is achieved for any specific construction application, several methods were developed.  The most prominent by far is soil density.

Soil testing accomplishes the following: measures density of soil for comparing the degree of compaction vs. specifications for the structure to be built; measures the effect of moisture on soil density vs. specifications; and provides a moisture density curve identifying optimum moisture content.

Tests to determine optimum soil moisture content are done in the laboratory.  The most common is the Proctor Test, or Modified Proctor Test.  A particular soil needs to have an ideal (or optimum) amount of moisture to achieve maximum density.  This is important not only for durability, but will save money because less compaction effort is needed to achieve the desired results.

A quick method of determining moisture is known as the “Hand Test”.  I love these kind of tests – they are quick, simple, and I don’t have to get out my checkbook or credit card to pay for them.

Bottom line folks is this: make sure you have the proper soil moisture content prior to compacting it.  And once you have your new building up, don’t go messing around with changing the density or the moisture content of the ground underneath and around it.  If you’ve done your homework and gotten the soil compacted properly, you should be sitting “level” for the next several hundred years…in your new pole building.