Home >> Lumber >> Do the Lumber Twist

Do the Lumber Twist

Let’s start in the forest…

When David Friss of Anchorage worked for NOM ‘s Environmental Research Labs in Boulder, he was once asked why lightning sometimes spirals down the trunk of a tree. While the answer was not proven, we observed the path of least resistance might follow the spiral grain of the wood. He eventually found a tree with a spiral lightning mark and it followed the spiral grain exactly.

“But why should the tree spiral? Larry Gedney, a seismologist at the Geophysical Institute, University of Alaska Fairbanks, speculates: Foliage tends to be thicker on the south side of the tree because of better sunlight. Prevailing winds, in most of the tree-growing northern hemisphere, are from the west. Combine these factors, and the westerly wind pushing on the thicker south side of the tree, year after year, causes an asymmetrical wind loading which slowly twists the tree around in the observed direction. 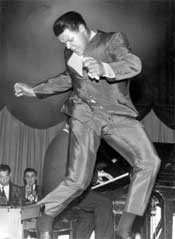 Lumber wants to do the twist

Professor Hans Nielsen of the Geophysical Institute thinks the matter can be related to the Coriolis effect of the earth’s rotation. In the northern hemisphere, all moving objects are diverted ever so slightly to the right. (This is why hurricanes rotate counterclockwise–air moving toward the storm is diverted to the right and thus imparts a counterclockwise spiral to the storm at the center.) Nielsen thinks that possibly when a tree is rocked by winds, the tip might tend to rotate in a counterclockwise circle when viewed from above. This would lead to a clockwise spiral twist. That sounds like a contradiction until you think about it for a while.

Granted, not all trees exhibit the same lumber twist, but the majority of them do. The phenomenon can be likened to the claim that water will always spiral out of a drain in a counter-clockwise direction in the northern hemisphere.

So…take a log and cut it into nice, new boards. The log goes straight through the saw, but the “helix” of the grain, is not straight. Lumber does have a memory, and if the moisture content of the wood is changed, the cut piece will do the “lumber twist” and try to “become a tree” again!

Are My Columns Too Short?
Are My Columns Too Small or Too Short? We recei...
Pole Building in Hawaii Using Pressure Treated Woo...
Over the past few decades, I’ve been involved in s...
Subcontractors for Your Barndominium
Welcome – you are maybe here because you have foll...