Screwing a Pole Building Together

In 2001 I was working for a Northern Idaho pole building construction company. One of my clients was a building contractor from Moscow, Idaho. It seems he had a client he was building a home for in California, and needed a 5000 square foot pole building erected on the site, which could be torn down and moved at a later date.

Those of us in our mid-30’s and older remember well the sound of the dial-up phone modem, the free AOL (America Online discs in the mail) and the excitement of “You’ve Got Mail” (made even more famous by the 1998 Tom Hanks/Meg Ryan movie of the same name).

American Online, as a company, was the brainchild of the now fabulously wealthy Steve Case – hitting the ‘net in 1991. Ten years later AOL merged with media giant Time Warner in a $164 billion (with a “B”) acquisition. At the same time, Steve was having a new home built for himself….which needed the aforementioned pole building.

The purpose of the pole building – was to “touch sand” and varnish all of the studs to be used to frame the house. I suppose when one has a bazillion dollars, they can pretty much satisfy most any quirk! 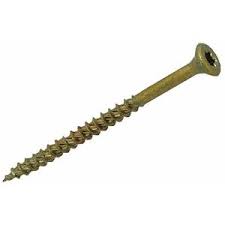 We made an error when it came to assembling the building, which didn’t matter for the short life at the original building site – we assembled it all using screws for the framing. While, in my humble opinion, screws are a superior fastener to nails, deck screws are very brittle and make a poor fastener for permanent situations.

If you have a penchant for constructing a pole building with the intention of taking it down later and moving it, using pole building screws may be a consideration. Certainly, with approval from the building’s Engineer of Record, wood screws can be used instead of nails. The following provisions should be met to use pole building screws:

It seems to me it would be a monumental task to put a pole building together with the intentions of disassembling it. But I guess if it “serves the purpose” and money is no object, then by all means, get those screw guns ready for action.