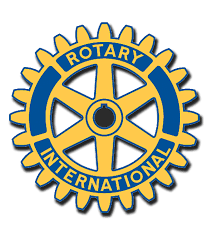 The world’s first service club, the Rotary Club of Chicago, was formed in 1905 by Paul P. Harris, an attorney who wanted to create in a professional club with the same friendly spirit he had felt in the small towns of his youth. The Rotary name derived from the early practice of rotating meetings among members’ offices.

Other large service organizations include Lions and Kiwanis. Often these organizations provide structures for public and/or private use. Here is a recent case in point:

Anyone who has been to West Seneca’s Town Hall campus this week should have noticed something new: The Kiwanis Pavilion shelter is up. Construction started on Monday, and Kiwanis board member Daniel Nagy said the shelter should be finished in about four weeks. Nagy said the project came about after the Town Board chose to tear down the 1960s-era Kiwanis Youth Center earlier this year. Since that time, the West Seneca Youth and Recreation Department has been using the town’s ice rink for its activities. “We figured they could use a little bit of an outdoor shelter a little closer to the playground,” he said.

Kiwanians had saved some money, and Nagy said they agreed to roll up their sleeves to build a structure that both the youth programs and the Kiwanis could use during the summer months.

The Kiwanis Pavilion is intended to replace the Kiwanis Recreation Center, which was demolished earlier this year on the Town Hall campus. The new shelter will provide space for outdoor youth activities. Next, the floor will be set, and once it has had time to cure, final touches with lighting will be completed, Nagy said.

“Of course, the town has been very instrumental,” he said, explaining that the town’s building and code enforcement offices have been helpful in the process.

The town has allowed the Kiwanis Pavilion to be placed on its land, but no taxpayer funds will be used in construction of the shelter, Nagy said.

Rather, the project has been a community effort.

“Thanks to the community, and to the Kiwanians who have labored at Bills games … in order to raise the funds to build this — everyone who supports our craft show and who come to our food tent at Community Days,” Nagy said.

Nagy said he hopes the shelter can be useful primarily for summer recreation programs in the town and also for other Kiwanis events.

“At Halloween, I think we’ll have a small event here,” he said. “We used to do a large haunted house in the Youth Center, and we were unable to find a new location to host that, but we would like to do something still for Halloween. It’s been a legacy project. Anyone who grew up in West Seneca who is under 40 years old will remember going to that as a little kid.”

Kiwanis members were heartbroken to discontinue the haunted house, but Nagy said the pavilion will hopefully allow the club to offer some kind of Halloween event for children.

In the spring, he said, the annual Kiwanis Easter egg hunt will take place at the shelter for Easter festivities.

“I’m sure it will get an awful lot of use throughout the entire year,” Nagy said.

Rotarian, Lion, Kiwanian, or other service club, Hansen Pole Buildings supports qualifying charitable organizations (https://www.hansenpolebuildings.com/2013/08/charitable-organizations/) by offering a discount on complete pole (post frame) building kit packages. The buildings are designed so as your service club members can follow the complete plans and detailed step-by-step instructions allow for those service club dollars to be stretched even farther using club members to perform the construction.