Hansen Pole Buildings’ Designer Rachel has a client who is looking for a SHGC rating of .45 or higher and found a window from Cardinal window (made by Marvin Windows) which had a rating of .65 SHGC.

Rachel read my blog https://www.hansenpolebuildings.com/2012/06/low-e-windows/  and 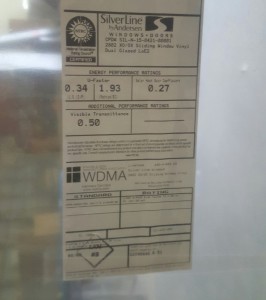 wondered if I could talk more about the SHGC and U-Factor and if there is a rating which is too high for the SHGC?  She spoke with Dave from Anderson Windows and he said a .65 would bring in a lot of heat and they would be smokin’ with the sunlight coming in the window although he said it would NOT be energy efficient.  He also wouldn’t recommend these windows especially because these windows are going to go to Minnesota and it will have serious frost issues.

He said they should pay more attention to the U-Factor than the Solar Heat Gain.

I relayed this to the customer and he said he realizes how much heat it would bring in which is why he is putting a 3’ overhang so it doesn’t get too much light in. I wonder if he had read this article: https://www.hansenpolebuildings.com/2015/07/windows-5/

What even is SHGC?

The origin of solar heat gain is the direct and diffuse radiation coming from the sun and the sky (or reflected from the ground and other surfaces). Some radiation is directly transmitted through the glazing to the building interior, and some may be absorbed in the glazing and indirectly admitted to the inside. Some radiation absorbed by the frame will also contribute to overall window solar heat gain factor. Essentially, the lower the window’s SHGC, the less solar heat it transmits. SHGC is expressed as a dimensionless number from 0 to 1. A high coefficient signifies high heat gain; a low coefficient means low heat gain. The glazing type, number of panes, and any glass coatings influence solar heat gain. Solar heat gain of glazing ranges from above 80% for uncoated clear glass to less than 20% for highly reflective coatings on tinted glass. A typical double-pane insulating glass unit (IGU) has an SHGC of around 0.70. This value decreases somewhat by adding a tint and can be decreased substantially by adding a low-solar gain low-e coating.

The National Fenestration Rating Council (NFRC) has a nationally recognized rating method for the whole window, including the effects of the frame. Sometimes the center-of-glass SHGC is referenced, which describes the effect of the glazing alone. Whole window SHGC is lower than glass-only SHGC, and is generally less than 0.8.

Solar heat gain can provide free heat in the winter and can cause overheating in the summer. Finding the best balance solar heat gain with an appropriate SHGC depends upon climate, orientation and shading factors.

The U.S. Department of Energy has available a publication (https://apps1.eere.energy.gov/buildings/publications/pdfs/building_america/measure_guide_windows.pdf) which includes a Window Selection Process which begins in Section 4, page 16.

Want the right window for your new pole building? The USDOE document will provide the guidance to assist in making the right choice