The Borough of Minersville, Pennsylvania is probably very similar to much of rural Americana. It affords some of the services which citizens come to expect – police, water, sewer and a street department.

Now in the case of Minersville, their Street Department became just a wee bit more colorful nearly two years ago when its then supervisor was charged with a plethora of offenses which included harassment, public drunkenness, felony aggravated assault and misdemeanor offenses of simple assault, recklessly endangering another person and possessing instruments of crime.

Street Departments can provide a variety of services beyond just a safe and maintained road network. Generally their responsibilities include repair and maintenance of the streets, fabricating and installing street name signs, regulatory signs and various informational signs.

With all of these services to provide, it stands to reason the average Street Department has in its possession lots of taxpayer financed stuff. With budgets always being carefully scrutinized, it bodes well for Street Departments to keep things locked up where they will be secure, as well as providing (when needed) adequate workspace.

Here is where things went awry….

Council President Bill Angelo said it might have cost $200,000 for a pole building the borough could have built. 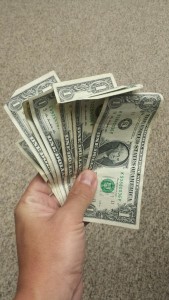 Having been in the post frame building industry for heading towards 40 years, I can vouch for $200,000 having built one dickens of a nice pole building! I wasn’t at their meeting, but this type of dollar amount seems to have been plucked from the air, without a great deal of research being done.

Instead, Minersville has opted to spend $96,500 on a used warehouse, which by their own admission needs heat, plumbing and other amenities.

Just my educated guess, but by the time all is said and done, Minersville will have spent more money on an old building, than they would have invested in a brand new one…..and it will still be an old building!

Your city, township, borough, county or other municipal jurisdiction need a new facility for a Street Department? A new post frame (pole) building is probably the ticket to success – both in investment and functionality.

This entry was posted in Pole Barn Planning, Commercial Buildings and tagged commercial buildings, Borough of Minersville, municipal department on October 20, 2016 by admin.
1.866.200.9657