Contractor License Check: When Truth is Stranger than Fiction

The following includes a compilation of stories from numerous news sources. Bear with me as I share this accounting, which will come to a point by the end…of my story. Hang in here…it’s longer than usual, but well worth the read.

An Oregon fugitive was arrested north of Valley City, North Dakota early morning Wednesday, December 21, 2011, after a two-hour pursuit and standoff which started near Jamestown.

39-year-old Jonathan Lee Oliver was wanted by the state of Oregon for absconding from probation and failure to appear on fraud charges, and was believed to be armed and dangerous. Sergeant Damian Hoyt with the Stutsman County Sheriff’s office located his vehicle on Interstate 94 near Jamestown at about 11 p.m. and called for backup.

After a brief stop where the man disobeyed orders to exit the vehicle, he led officers on a low-speed pursuit east on Interstate 94. Stutsman County sheriff Chad Kaiser says it was never a high-speed dangerous pursuit. “The speeds were below speed limit, plus he stayed within his lane and didn’t do anything,” Kaiser said.

The man exited the Interstate near Oriska and continued north on county roads before his vehicle tires were spiked and deflated on Highway 26 near the Sibley Crossing north of Valley City. His vehicle went in the ditch, and after a 35-minute standoff where he again disobeyed orders to exit the vehicle, Oliver finally surrendered without incident at 1:11 a.m. A Glock handgun was found in the vehicle, but Kaiser says he never used the weapon. 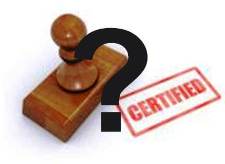 There was a gun in the vehicle, but it was in a gun case,” Kaiser said. “The gun was never brandished or used at all.”

Oliver is likely to be charged with fleeing by Stutsman County authorities, but will probably be extradited to Oregon to face his charges there.

The day the Oliver’s arrest, North Dakota Attorney General Wayne Stenehjem issued a Cease & Desist Order against Jonathan Lee Oliver of Missoula, Mont., and Salem, Ore., doing business as Western Steel Structures, Inc., for violations of North Dakota`s consumer fraud law. The “office” of Western Steel Structures in Oregon turned out to be nothing but a private mail box.

Stenehjem`s Consumer Protection Division is investigating Western Steel Structures and Oliver for fraudulent transactions relating to erecting steel buildings, based on information Western Steel Structures, Inc. solicited and accepted over $1.5 million in consumer deposits and advance payments over the past nine months, and failed to deliver the products or complete the construction projects.

Although Oliver was issued a North Dakota contractor`s license, it appears he used an alias and provided false information on the application to conceal his criminal history in New Hampshire and Oregon. Oliver did not apply for a transient merchant license.

One of Oliver’s employees said none of them got their last pay checks, right before Christmas. The employee also said Oliver had about 80 people working for him, before he skipped town.

Hopping into the way-back machine….

Oliver started an oil business in the mid-90s with a single delivery truck. He moved the business to Berlin, New Hampshire in 1999 and began luring thousands of prepaid customers with ads offering prices which undercut competitors.

The same December, scores of his customers began reporting they could not get Oliver to make deliveries. In addition to customers, he owed more than $800,000 to his supplier, Sprague Energy of Portsmouth, prosecutors said.

In 2000, Oliver was convicted in New Hampshire for violating consumer protection laws. Oliver owed over $625,000 to 1370 customers for pre-paid home heating oil. He was convicted of fraud, ordered to repay the customers, fined $100 per customer and banned from taking money prior to delivery of services. In the fraud case, a judge made him personally liable for reimbursing customers, saying he could not hide behind the veil of his corporation. These violations were not a criminal offense so no jail time was ordered.

He was later given a deferred prison sentence and four years’ probation on felony convictions for criminal threatening and reckless conduct in 2000 after firing a gun during an argument with a plumber in New Hampshire.

According to the Concord, New Hampshire, Monitor, Oliver filed bankruptcy in 2004.

Rather than repaying his New England victims, Oliver moved to Oregon. There, he could not get an Oregon construction contractors license because of his felony convictions.

The Oregon Construction Contractors Board (CCB) began investigating Oliver in 2004 after receiving complaints from homeowners. CCB investigations found Oliver was not licensed and he was issued civil penalties totaling more than $14,000.

In 2007 Oliver was sentenced to 13 months in jail. He also was prohibited from working as a contractor for two years after his release.

Oliver, who owned Country Property Services Inc. out of Tualatin, Oregon, was order to repay $26,000 to Tim and Sharon McCarthy. A jury earlier convicted Oliver of two counts of first-degree aggravated theft for taking $34,000 from the McCarthys in 2004 and failing to build their Beaverton-area horse arena. He was arrested in February 2005.

Jurors also found Oliver guilty of identity theft for using another contractor’s license number in the advertisement which attracted the McCarthy’s attention in the first place.

“I find his life sad and wasteful, that he would con people and really not show any remorse,” Sharon McCarthy said after the sentencing. “He never told us he was sorry, he never said he’d make every effort to get us our money back.”

Instead, Oliver fled Oregon, failing to appear at a court hearing in December 2005. He wasn’t found until the following December in North Carolina.

“The most disappointing thing is that three years from now he can be back doing the same thing,” said Tim McCarthy, a veterinarian who owns four horses. “I wish he could get 20 years’ probation so he wouldn’t be able to be a contractor again.”

At his trial Oliver testified he always intended to build the McCarthys’ horse arena, but they fired him after two months. He said didn’t have a contractor’s license because he had a phobia about taking tests and he didn’t have the money to give back because it wasn’t placed in an escrow account.

Witnesses testified Oliver took in more jobs than he could ever finish and didn’t pay his subcontractors.

The North Dakota ranch wife called the money from the couple’s oil leases “pennies from heaven,” using it to pay off debt. Then they looked for ways to improve the ranch.

A shop building, they thought. One where they could store equipment, and bring in the calves during the state’s fierce blizzards. They even knew where to turn for a contractor, thanks to an ad in a local shopper.

They called the number and visited with a sales representative — who charmingly brought her flowers. They couldn’t pay cash outright for the $300,000 model they wanted, but they could come close. They put down $250,000.

“We were just getting to the point where we were able to afford to go ahead,” she said Thursday.

And then waited for a building which never came.

The family — the couple’s grown son was in on the investment — is among many alleged victims of Jonathan Lee Oliver.

“Let’s just say it’s in the millions of dollars … with multiple victims,” said Missoula County Sheriff’s Detective T.J. McDermott, who was among a team of law enforcement officers tracking Oliver.

The allegations involve people who contracted with Oliver for metal-fabricated buildings such as workshops, McDermott said. Oliver reportedly demanded big down payments.

“It’s devastating for someone to spend that amount thinking that they’re going to have a metal building or shop built on their property, then that doesn’t happen. And, the likelihood of recovering that amount of money through restitution is pretty slim,” McDermott said.

Because all too often people do not perform due diligence in shopping for a new building – whether it is a complete kit package or a constructed building. The internet (where I did the research for this posting) makes the process of checking out a business so much easier than the “olden” days.

Before even contacting a potential provider, verify the business is even real – an online check with the Secretary of State or Corporations Division in the state where the business is based will give this information. If they are a contractor, verify contractor’s registration (in states where required).

While not all new businesses are “bad”, it is a sign of caution. Ask for documentation to verify experience.

If contemplating hiring a contractor – have them provide for you a copy of their contractor’s registration, certificate of liability insurance, copy of written warranty, three written references and the name and contact information for their accountant, banker, as well as three or more major material suppliers. Many builders cannot, or will not provide this information – usually for a reason! Then take the time to check these things out.