When it comes to constructing a new pole building, the building owner has many details to consider. For instance, how large should their pole building be to meet the needs not only today, but in the future? What doors will best solve access and egress considerations? There is a plethora of choices for siding and roofing (not to mention their colors). And while the possibilities are virtually limitless, one detail which can too easily get overlooked is the permitting process.

Unexpected delays can be caused from prior work – even work which was done by a previous property owner!

If a General Contractor was hired to do earlier construction, it is their responsibility to call for final inspections on a project. Often, property owners do their own work, or act as their own contractor. Many times Building Permits have not been obtained at all, leaving new owners to pick up the pieces.

In instances where structural inspections are needed, the inspection card must be signed off and often an occupancy permit is issued. 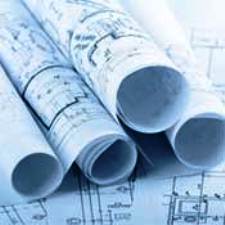 Building Departments do not like to be “made a fool of”, and if required permits for earlier work were not obtained, they can literally put a building owner through the proverbial ringer – requiring engineered drawings of work done and special inspections. A third party engineer may be required to inspect the work and confirm it meets with current (not at the time the work was done) code requirements.

New permits cannot be issued, until all outstanding issues have been resolved. This can result in significant delays, as well as costs which were not initially envisioned.

Building owners should make a list of all the work which is to be done on their pole building, then contact their local permit issuing authority (usually Planning and Building Departments) to determine which permits will be required for their particular scope of work. If a contractor is involved, the building owner should verify for him or herself all permits have been signed off on as being completed.

Keep in a safe place (fire proof safe, or in a safety deposit box) a record and copies of all blueprints, permits and inspection information. This information is important to maintain, whether the job is one, five or twenty years old.

Don’t be caught unaware, or place a future owner of the property in an uncomfortable position.

Pole Barn Cabin Part II
Today's blog is a continuation from yesterday....R...
Occupancy, a Single-Slope Residence, and Lean-to A...
This week the Pole Barn Guru take care of reader q...
Rigid Foam Plastic Insulation
One of the joys of what I do is I get to learn new...