Over the years, I have talked with many do-it-yourself building owners who have used their new pole building kit as a reason to justify a new nail gun purchase.

Nail guns are powerful, easy to operate, and boost productivity for nailing tasks. They are also responsible for an estimated 37,000 emergency room visits each year. Severe nail gun injuries have led to construction worker deaths.

Nail gun injuries are common in construction. How likely are nail gun injuries? In an apprentice carpenter study two out of five were injured using a nail gun, during four years training. 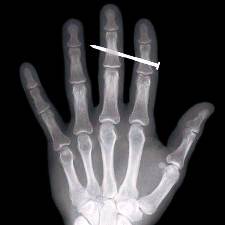 More than half of reported nail gun injuries are to hand and fingers. Serious nail gun injuries to spinal cord, head, neck, eye, internal organs, and bones have been reported. Injuries have resulted in paralysis, blindness, brain damage, bone fractures, and death.

There are seven major risk factors which can lead to a nail gun injury. Under­standing them and insisting upon nail gun safety measures will help you to prevent injuries on your jobsites.

Contact trig­ger nailers are susceptible to double firing, especially when trying to accurately place nailer against the work piece. A second unintended firing can happen faster than the user is able to react and release trigger. Unintended nails can cause injuries.

Double fire can be a particular problem for new users who may push hard on the tool to compensate for recoil. It can also occur when a user is work­ing in an awkward position, such as in tight spaces where the gun doesn’t have enough space to recoil. Gun recoil itself can even cause a non-nail injury in tight spaces if the nail gun hits the user’s head or face.

Nail guns with contact and single actuation triggers will fire if the trigger is being held squeezed and safety contact tip gets knocked or pushed into an object or person by mistake. For example, a user might knock his leg going down a ladder or bump into a co-worker passing through a doorway. Contact trigger nailers can release multiple nails and single actuation trigger nailers can release a single nail to cause injury.

Holding or carrying contact trigger or single actuation trigger nail guns with the trigger squeezed increases unintended nail discharge risk. Construc­tion workers tend to keep a finger on the trigger because it is more natural to hold and carry an 8-pound nail gun using a full, four-finger grip. Tool manu­facturers, however, do warn against it.

Nails can pass through a work piece and either hit the worker’s hand or fly off as a projectile. A blow-out nail is one example. Blow-outs can occur when a nail is placed near a wood knot. Knots involve a change in wood grain, which creates both weak spots and hard spots which can make a nail change direction and exit the work piece. Nail penetration is especially a concern for placement work where a board needs to be held in place by hand. If the nail misses or breaks through the lumber it can injure the non-dominant hand holding it.

When a nail hits a hard surface, it has to change direction and it can bounce off the surface, becoming a projectile. Wood knots and metal framing hardware are common ricochet causes. Problems have also been noted with ricochets when nailing into dense laminated beams. Ricochet nails can strike the worker or a co-worker to cause an injury.

Injuries may occur when the nail gun tip does not make full contact with the work piece and the discharged nail becomes airborne. This can occur when nailing near the work piece edge, such as a plate. Positioning the safety contact tip is more difficult in these situations and sometimes the fired nail com­pletely misses the lumber. Injuries have also occurred when a nail shot through plywood or oriented strand board sheeting missed a stud and became airborne.

Nailing in awkward positions where the tool and its recoil are more difficult to control may increase injury risk. These include toe-nailing, nailing above shoulder height, nailing in tight quarters, holding the nail gun with the non-dominant hand, nailing while on a ladder, or nailing when the user’s body is in the firing line (nailing towards you). Toe-nailing is awkward because the gun cannot be held flush against the work piece. Nailing from a ladder makes it difficult to position nail gun accurately. Nailing beyond a comfortable reach distance from a ladder, elevated work platform, or leading edge also places user at risk for a fall.

Bypassing or disabling certain features of either the trigger or safety contact tip is an injury risk. For example, removing the spring from the safety contact tip makes an unintended discharge even more likely. Modify­ing tools can lead to safety problems for anyone who uses the nail gun. Nail gun manufacturers strongly recommend against bypassing safety features.

Nail gun safety work rules and procedures should be developed to address risk factors and make the work as safe as possible  Tomorrow I’ll share my list of basic do’s and don’ts for using a nail gun.

The Flying Gable Crash Lands
Over the years I’ve experienced many various clien...
Find Me a Contractor to Erect My Building!
Fewer and fewer of our clients seem to have the in...
Them Girts, They Be a Bending
In order to follow the deflection criteria of the ...