The location is masked so as to avoid any possible retribution against the clients who were just trying to do things right. Thankfully this is not how things usually go, but the Planning Department can be a hurdle to overcome before you even consider starting in on your new pole building project.  It had nothing to do with their plans, and was not a Hansen Building project. Sadly I have to admit, here at Hansen, I have listened to a few similar stories over the years!

The clients wanted to plan more room for teenagers (those of you with teenagers are nodding your heads). The new one-story room would occupy an unused portion of their back yard. No one could honestly say this 500-square-foot addition would alter the balance of things in their town.

Wanting to do things right, they hired a reputable architect who has successfully completed hundreds of sensitive and pleasant residential projects. They approached their Planning Department with the intention of complying with the letter and spirit of its rules for sustainable and livable development. 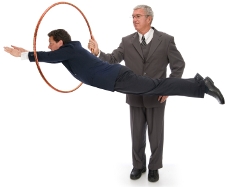 They now see, all too clearly, if they had wanted more space soon, they should have just moved! Eventually they just pulled the plug on this project. But I’m getting ahead of myself here.

Why would they endure the heartbreak of walking away from a chance to improve their modest but much-loved house? Especially after investing countless hours with architects and planners as well as about $30,000 in cash over more than 15 months?

Because of their Planning Department.

To be blunt but clear, their Planning Department mired their progress with bureaucratic foot-dragging, shabby treatment and rules which vary between obscure and arbitrary.

They spent more than 15 months actively seeking a permission to build — without receiving approval. The timeline for their project is an excruciating tale of delay. It is not marked by outrageous misconduct — rather, the project died the death of a thousand cuts.

They spent five months — just getting through the Zoning Conformance Review. This was only the first of three steps required by their jurisdiction.

In the first months of the process, the planners found small defects and notified the client weeks after their initial request for review. Then, after corrections were submitted, the planners notified them of other small defects.  These “defects” which had been present from the start could have been addressed early, but were only cited later.

The clients knew their first plans weren’t perfect. But they also knew, in most jurisdictions, planners routinely review similar residential proposals completely the first time and request all their corrections at once. This would have avoided what became months of unnecessary delay.

This bad process exacerbates the problems which arise when planners seemingly become distracted. As an example, they submitted a round of corrections in October, a staffer in November opined there “should be no problem” getting clearance to go before the Architectural Review Board (ARB) in January.

Unfortunately, with seemingly other priorities taking precedence, the staff did not return or take the client’s calls from late November until January 30! Unable to quickly resolve small details, they reached the ARB in April.

Admittedly, bright spots were experienced during the process. The plans sailed smoothly through the ARB, which they were told is a tribute to their design. But, even then, permission to build remained elusive.   The Planning Department was dragging their feet and continued to spin their wheels.

Would they ever get to actually build?  Come back tomorrow and find out!

Steeply Sloped Post Frame Roofs
With fully engineered post frame buildings becomin...
Hart and Home Youtube Episode III
Hart and Home YouTube – Episode III If you miss...
Six Reasons to Not Invest in a New Hansen Pole Bui...
No, I did not hit my head, there are some legitima...